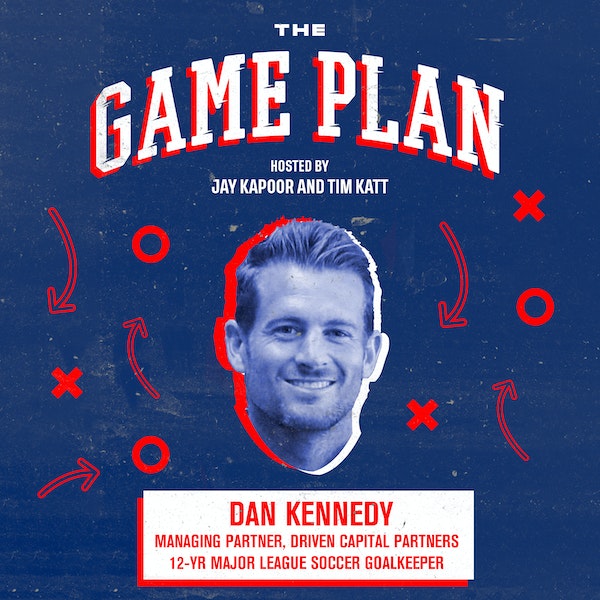 This episode of The Game Plan features Dan Kennedy , former Major League Soccer goalkeeper turned real estate investor. Dan is now Managing Partner at Driven Capital Partners in Long Beach, CA where he focuses on commercial real estate development and property management, working with other professional athletes to help them generate a passive income that will pay off well beyond the prime of their career. We start this episode by exploring the evolution of Major League Soccer and the role that rapid league expansion has played over the years. Dan shares his perspective as a player in the pivotal years of MLS, including tense moments as a member of the executive board of the MLS Player’s Association. Dan also talks about his transition from a career as a professional soccer player into a business professional, and the role business school played in helping him find his way in life beyond the pitch. We discuss his front office role with the LA Galaxy, and why he ultimately decided to change things up and pursue a career in commercial real estate development. Listeners won’t want to miss Dan’s candid point of view on what every professional athlete should be doing with their money (that most aren’t doing today). Special thanks to Tim’s former colleague Andrew Hayes for making the introduction to our guest. Be sure to follow Dan on Twitter and Instagram ( @1DanKennedy ) to keep up with everything he is doing today, as well as his investment group’s website: https://www.drivencap.com . If there is a guest you’d like to see join us on a future episode of The Game Plan please follow and reach out to co-hosts Jay Kapoor ( @JayKapoorNYC ) and Tim Katt ( @Tim_Katt ) on Twitter! Follow The Game Plan on Twitter ( @thegameplanshow ) and Instagram ( @gameplanshow ) for show news & updates, as well as bonus content!