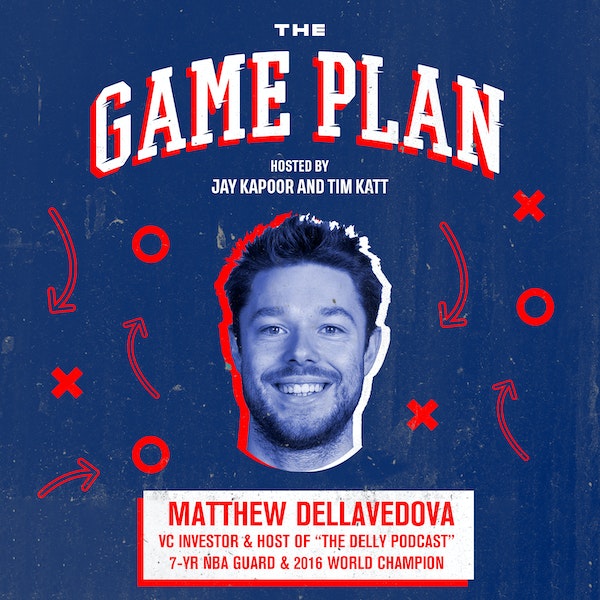 NBA World Champion and host of "The Delly Podcast" Matthew Dellavedova joins The Game Plan to discuss his off-court leap into tech investing and podcasting including: 😇Forming his own investment syndicate on Angel List 🎴 Investing in store-of-value assets like cryptocurrency and trading cards 🇦🇺 Australia as a hotbed for sport science innovation 💸The one thing he wishes he had done differently at the start of his investment career Dellavedova shares with Tim and Jay how he first started to learn about venture investing in Milwaukee of all places (while playing for the Milwaukee Bucks), and how his Aussie roots have influenced his investment interest areas in sport science and biometrics. We also discuss why trading cards have skyrocketed in value over the past year, and the influence the Covid pandemic has played on asset values. In this episode, Dellavedova gets candid about the investment lessons he has learned over the years including one key thing he wishes he had done differently when he first started writing venture capital checks. We go deep on the things our guest looks for in a company when making an investment, and how important it is to align with the right people both on and off the court. On the court, Matthew Dellavedova is best known as the point guard for the NBA's Cleveland Cavaliers where he won an NBA World Championship with LeBron James and Kyrie Irving in 2016. Dellavedova has been in the NBA since 2013, and prior to that, he played college basketball for Saint Mary's College where his number 4 was retired. He is a proud Aussie who has appeared for the Australian National Team in both the 2012 London Olympics and the 2016 Rio Olympics, as well as multiple World Cups. You can follow Matthew Dellavedova on Twitter and Instagram (@matthewdelly), and subscribe to "The Delly Podcast" wherever you listen to The Game Plan! Follow co-hosts Jay Kapoor ( @JayKapoorNYC ) and Tim Katt ( @Tim_Katt ) for all things sports, media, tech, and venture capital. Follow The Game Plan on Twitter ( @thegameplanshow ) and Instagram ( @gameplanshow ) for show news and updates, to recommend guests, and for bonus content!