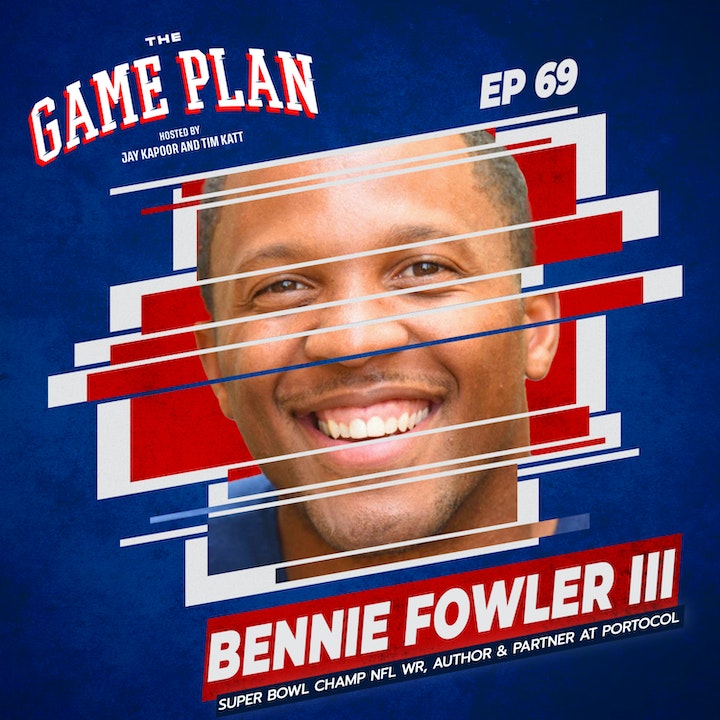 In many ways, Bennie Fowler's story is the epitome of resilience and exactly what we love about doing The Game Plan every week. Bennie had tremendous success in college at Michigan State and like many of his fellow players, expected to hear his name called during the NFL Draft. Unfortunately, that announcement never came.

Instead, Bennie chose to focus on maximizing his opportunity, fighting to make his way on the roster for the Denver Broncos and catching passes from NFL Legend and Future Hall of Famer Peyton Manning. In addition to Peyton, Bennie has also played with Future Hall of Famers Eli Manning and Drew Brees. Bennie compares and contrasts leadership lessons from all 3 QBs as well as how he reflects on and applies these lessons in a business context.

Bennie also shares with our listeners the difference between business consulting and business coaching and how Bennie's post-NFL ambitions brought him to the latter and how he works with promising businesses and founders every day. This episode is literally one you can't afford to skip!

The Game Plan is a weekly podcast hosted by venture capitalists Jay Kapoor and Tim Katt. The show highlights professional athletes' stories that will help our listeners raise their game both in business and in life

Did you know you can watch, as well as listen to The Game Plan? Check out our YouTube Page for full-length episodes and fun video clips