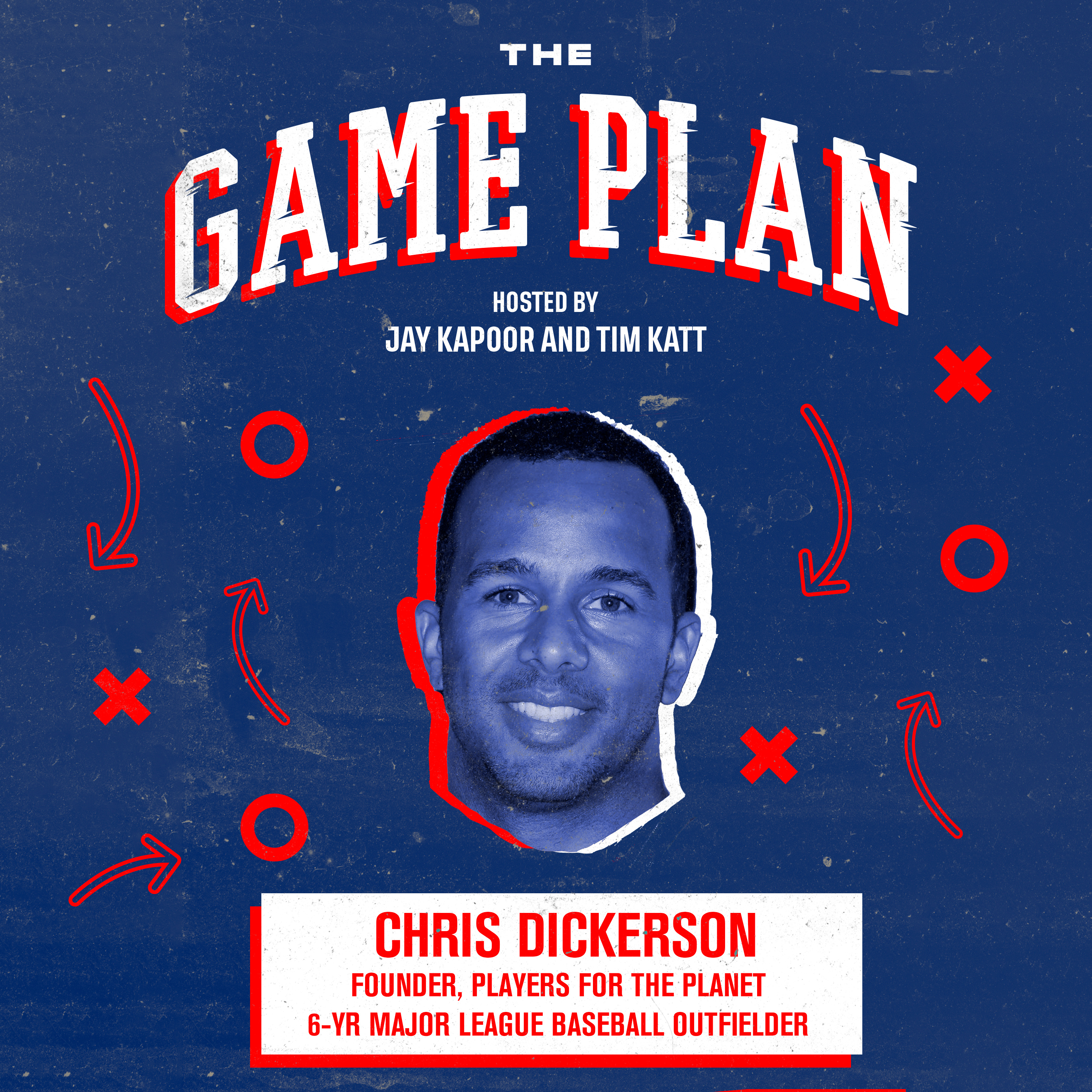 In our most raw and emotional episode of The Game Plan yet, former Major League Baseball player Chris Dickerson shares his perspective with Tim and Jay on the many things plaguing our world right now including climate change and the fight against racism and social injustice.

Dickerson put in service time as an outfielder for five different Major League clubs including the Cincinnati Reds, Milwaukee Brewers, New York Yankees, Baltimore Orioles, and Cleveland Indians, but is best known off the field for starting "Players for the Planet", a non-profit organization launched in 2011 to make sustainability and environmental responsibility foundational values of sport.

In this episode our guest shares his perspective on the catastrophic effects things like single-use plastics and e-waste are having on our planet, and how you as a listener can help affect change through better daily habits and awareness.

We also explore how the issue of climate change is connected with the social injustices that are currently in the national spotlight, and our guest shares his perspective on the recent player strikes across professional sports leagues.

You can follow Chris Dickerson on Twitter and Instagram, as well as Players for the Planet to follow everything Chris is up to and to see how you can get involved in the fight against climate change.