Dhani Jones — The Art of Storytelling in Entrepreneurship, Investing, Media and the NFL 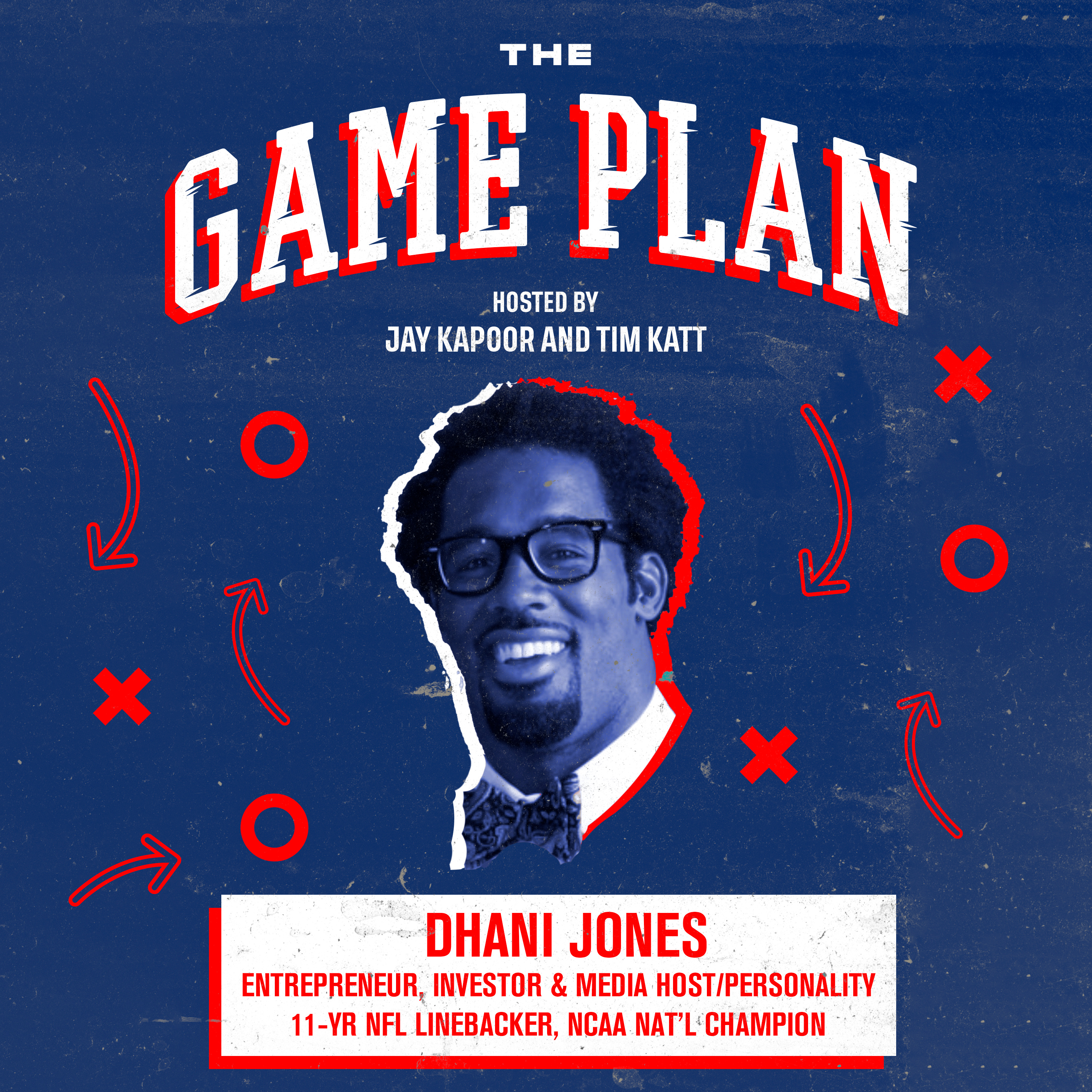 TV personality and NFL alum Dhani Jones joins The Game Plan to share his perspective on all things media, technology, and storytelling.

Dhani Jones played 11 years as a linebacker in the NFL, including time with the New York Giants, Philadelphia Eagles, and Cincinnati Bengals. During his NFL career, Dhani became the first active player to be featured on the NFL Network as an analyst. Dhani details those early days of the NFL Network where he did everything from interviewing players on the sideline of playoff games to helping pack up the cable truck after games.

In addition to his work as a football player and football analyst, our guest became a household name through his television work as the host of the Travel Channel's "Dhani Tackles the Globe" and CNBC's "Adventure Capitalists". Dhani shares the story of what it was like to work for two well-known companies in Cincinnati (the Cincinnati Bengals and Scripps Networks) at the same time, and how a run-in with Bengal's owner Mike Brown in the team cafeteria led Dhani to play some of the best football of his career.

Other topics included on this episode include how a Montessori education as a kid helped fuel Dhani's curiosity today, and how the desire to go out and do something is the most important attribute someone can have on their way to becoming an entrepreneur.

You can follow Dhani Jones on Twitter and Instagram for all of his latest interests and activities off the field. Visit https://qeycapital.com/ to find out more about Dhani's approach to investing.