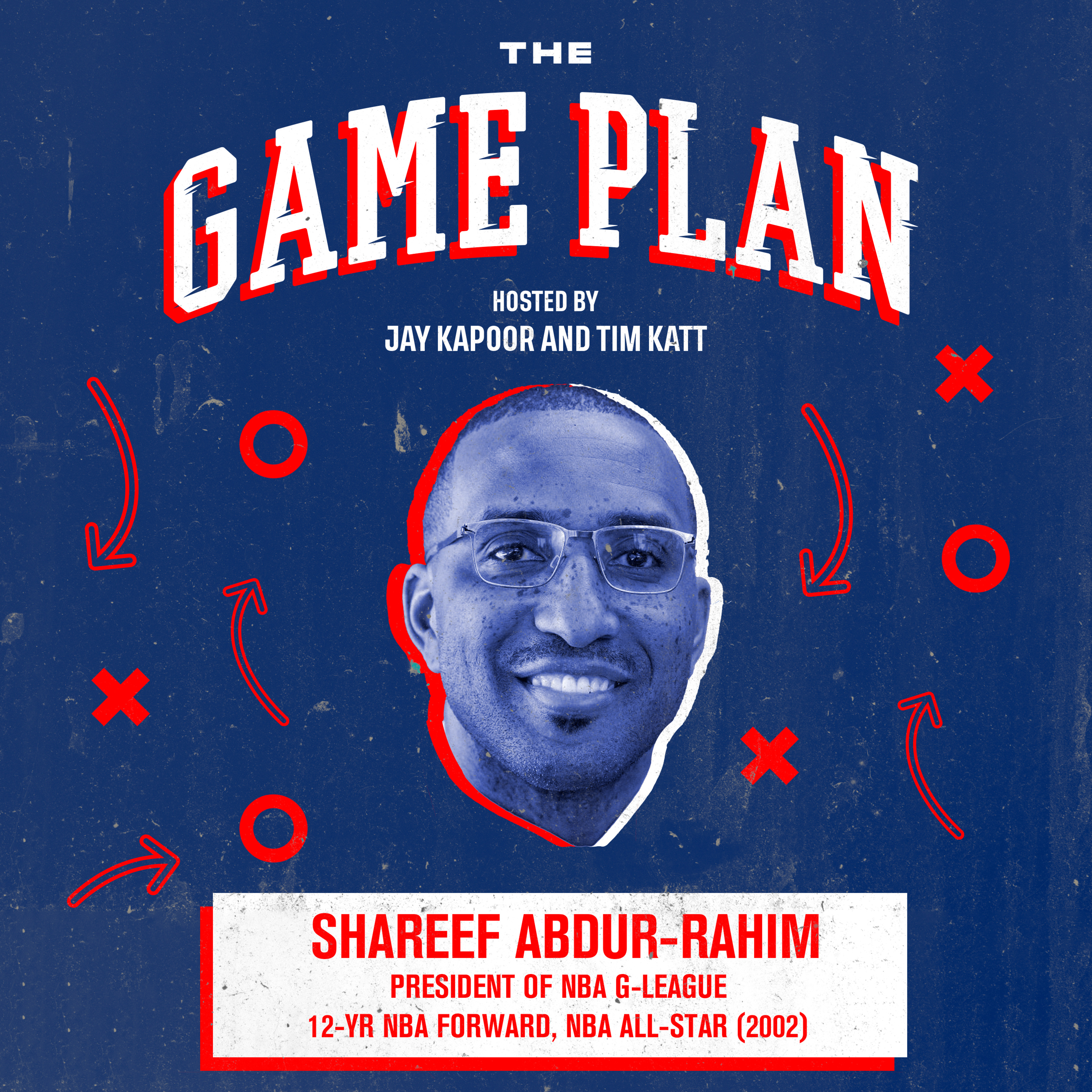 President of the NBA G League and 12-year NBA Veteran Shareef Abdur-Rahim join Tim and Jay on this week's episode of The Game Plan to discuss his journey from pro athlete to league executive. This episode places a special focus on the evolution of the NBA G League over the past decade including:

🇲🇽Mexico City; the G League's expansion into a foreign market

In addition to going deep on the evolution of the NBA G League we also break down our guest's transition from pro athlete to league executive which included six years with the Sacramento Kings as both a coach and front office executive. Following his team roles, our guest went on to get his MBA at USC Marshall School of Business where he also interned for the NBA League Office. Our guest shares his perspective as to what it was like being a 6'9" former NBA All-Star turned intern.

Beyond his role as NBA G League President, Shareef Abdur-Rahim is best known for his career on the basketball court including 12 years in the NBA where he logged service time with the Vancouver Grizzlies, Atlanta Hawks, Portland Trailblazers and Sacramento Kings.

In high school, Abdur-Rahim was a First Team Parade All-American and 2x Mr. Georgia Basketball, which led him to eventually star for the Cal Golden Bears as a First-team All-Pac-10 honoree. After freshman year of college, our guest declared for the NBA draft where he was the third overall pick of the vaunted 1996 NBA draft class featuring future Basketball Hall of Famers Kobe Bryant, Allen Iverson, Ray Allen, and Steve Nash.